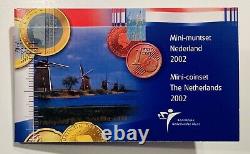 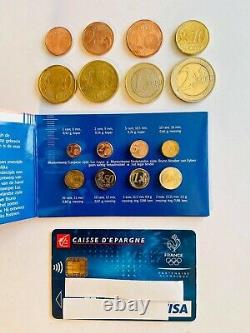 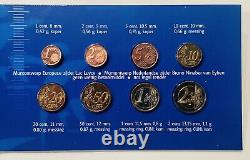 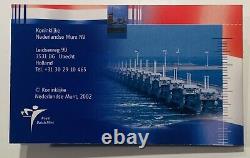 The lower countries used to take out drunk boxes of their currencies on a 1/2 scale, the 2001 set was the last vintage of their national currency, so they did the same with their first euro vintage but... For when the bce (European central bank) learned it she immediately banned the sale of these euro boxes. The royal currency of the Netherlands had planned to hit 2,000 copies. When the bce ordered the withdrawal from the box market, some had already been sold, the others that were recovered were destroyed.

On the other hand, nothing official has been published about the number of these boxes that have been recovered... There would be about 300 left on the market, but nothing confirms it.

Which makes it a very rare object. If the bce did stop this sale, it is not on a simple whim but because this production was not in accordance with the rules of euro reproductions which are very strict the next time the royal currency of the Netherlands will learn more from the bce before any unusual production...

Because of this anecdote, this box is interesting and sought out by collectors. Weight: 20 grams (plastic pouch included)... The complete set of 8 euro coins, strictly identical to the classic euro but in bu quality and above all on the 1/2 scale on the photo below or I put the same coins in circulation to give you an idea of the scale of currencies present in.

The item "miniset official box 8 coins bu euro 2002 low-cost 1/2 very rare" is on sale since Friday 21 May 2021. It is in the category "currency\euro coins\low country". The seller is "moneybnt" and is located in/in marignane.

This item can be shipped to the following country: france.