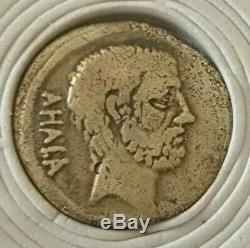 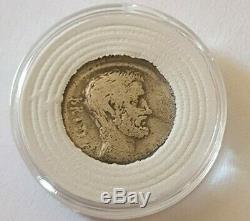 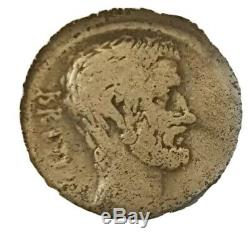 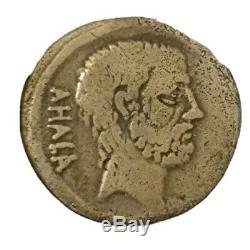 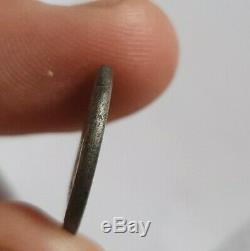 He extols the virtues of both unconditional defenders of the republic. In denier law is figured brutus the former of which he claimed descent. He had driven tarquin superb, the last king of Rome in 509 d.

And became the first consul of the republic. On the back, it refers to another ancestor of his family, mother this time, his mother Servilia belonging to the people. Gaius Servilius Ahala, Master of the Horse in 439 before j. Had foiled the plot Spurius Maelius who wanted to establish a personal regime. For its iconography, it is pumped denier, representative of the patricians, who aspires to personal power and with which brutus will reconcile after its adoption in junia people.

This famous character was the son of mr. Junius brutus and Servilia, q sister. Born in the autumn of the year 88 666 BC. He was adopted by his uncle q. Servilius Caepio, and it is because of this passage we see appear on brutus currencies memories of Servilia people.

On his species, he did strike or as proconsul either as imperator, it simply takes the name of brutus or that of q. 705 In 49 BC, Lorsqu'éclata the civil war between Caesar and pumped, brutus, although Democrat, declared for the aristocratic party; the following year he distinguished himself at Durazzo against the troops of Caesar; after Pharsalia he owed his salvation to the mercy of the victor. Refugee in Larissa, he resolved to leave the Pompeian party and wrote to Caesar to ask for his forgiveness. He not only got it, but in the year 708, he was appointed governor of Cisalpine rod. Back in Rome the following year, he divorced his wife to marry claudia porcia, caton sister. Brutus was Caesar urban praetor and had promised the government of Macedonia; he did not join at least c. Cassius to conspire against the life of the dictator who fell under the dagger killers 15 March 44 710 BC. The senate forgave the murderers, but the attitude of Marc Antoine did brutus understand that the future triumvir was preparing to avenge the dictator. Brutus went to Athens with the intention of taking possession of the Government of Macedonia and took it through the relief money provided to it by the Quaestor m. But the Senate had, in the meantime, macedonia assigned to Marc Antoine who sent his brother, c. Antonius, as a lender, but with proconsular powers; it fell into the hands of brutus who had him put to death. On the other hand, octave, 43 August 711 BC, Obtained from the senate condemning Caesar's murderers. The war had become necessary: ​​brutus took the title of Imperator and had to Sardinian its junction with Cassius. First we fought at sea, and finally, in the autumn of 712 BC 42.

At Philippi, where brutus and cassius were defeated. Brutus is desperate stabbed his dagger. The emblems that appear on the coins of brutus recall that tyrannicide claimed to be the restorer of the liberty of the Roman people.

Sometimes the name is followed by any title; sometimes it takes as c. Cassius, the title of proconsul; they were minted in Macedonia by the proquesteur. Sometimes finally brutus takes the title of Imperator; these are struck by his lieutenants in the East, before the battle of Philippi: p. Flavius ​​hemicillus, Pedanius Costa l. 23-May-20 9:19:34 paris, seller added the following information.

31-May-20 12:05:09 Paris, seller added the following information. The item \The seller is \This item can be shipped to the following countries: France.