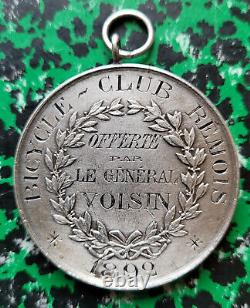 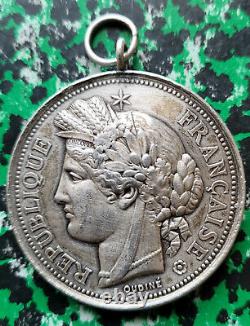 Diameter without ram: 41.5 mm. State ttb to sup see photos. (a small stripe in the obverse, the medaille is prettier in reality than on the photos because photos taken with my smartphone).

Don't hesitate to let me know about your research I have several thousand documents and or sign up for my shop (to know my promotions and new products). I collect the costs for several items purchased.

This item is in the category "mercuries\medals, tokens\médailles françaises\xixe siècle". The seller is "helonces" and is located in this country: fr. This item can be shipped to the following country: whole world.