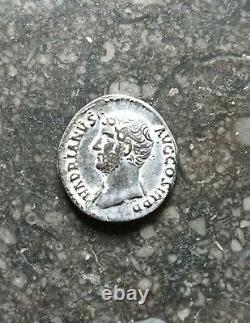 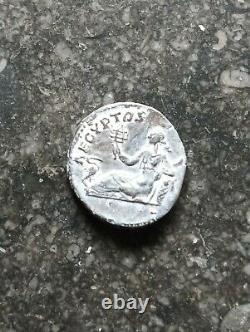 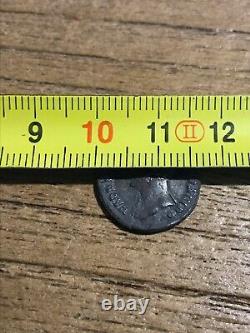 Translation avers: "hadrianus augustus consul tertius pater patriæ", (hadrian august consul for the third time father of the homeland). Description reverse: aegyptos (the Egypt) lying on the left, holding a sistre of the right hand, the left arm placed on a basket full of fruit; in front of it, an ibis standing on a cippe. Translation reverse: "ægyptos", (of Egypt). This type of portrait (a°31) with the bust draped alone, head naked to the left is not included in the nomenclature of the monetary bust of the Roman emperors ii, wetteren 1993 and is exceptional and makes think of the representation of the emperor on some medallions. Hadrian was born in 76 in italica.

Pupil of trajan, he married in 100 the emperor's grand-niece, sabine, and made a career in the emperor's staff, especially during the dacic campaign. In 117 he succeeded Trajan, and traveled for twenty years, visiting the entire empire, the only emperor to have done so. In 122 Hadrian went to Spain. Without a child, he first chose aelius to succeed him in 136, but he died on 1 Jan.

Hadrian then adopted antonin on 25 February and chose himself marc aurèle and lucius verrus like. The item "very rare last silver hadrianus bust left" has been on sale since Sunday, August 22, 2021. It is in the category "Antique Coins\Romanes\Imperials". The seller is "ww1relics" and is located in/in Alberta. This item can be delivered anywhere in the world.